Oh, hello there. Look who just hopped in. 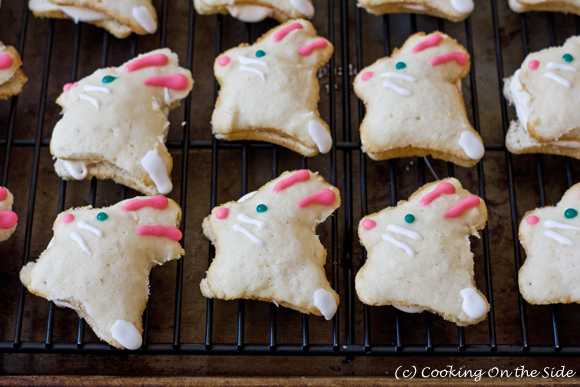 Something happened as I was making these Bunny Whoopie Pies. I was supposed to end up with 12 little bunnies but somehow, true to their reputation… 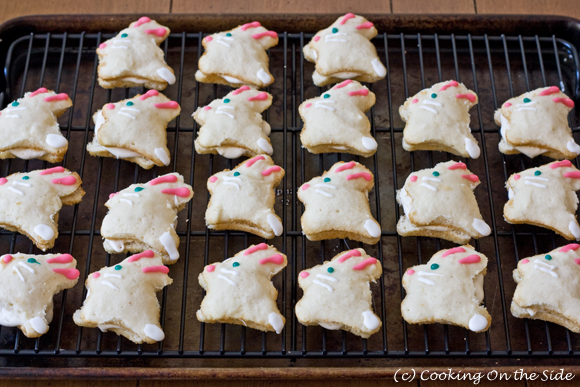 …they multiplied! And quickly took over the house. 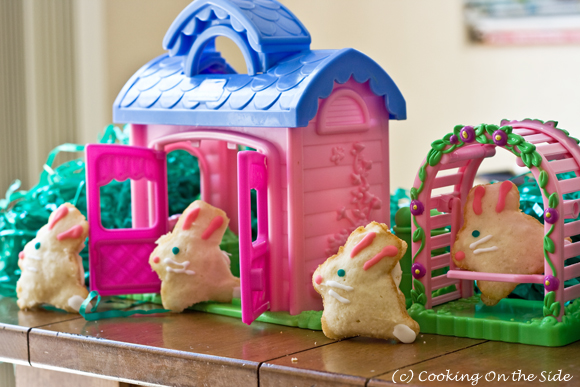 Here’s the thing. The bunny-shaped wells in the Wilton pan I bought all face the same direction. When you go to position them back to-back (flat side to flat side) the two bunnies end up facing in opposite directions. So I just took my paring knife and halved each bunny lengthwise so they would all match up. I did end up with twice as many bunnies as I’d originally anticipated (yet still had extra marshmallow filling, go figure) but at least I could now sandwich them. Plus, I think they came out pretty cute. 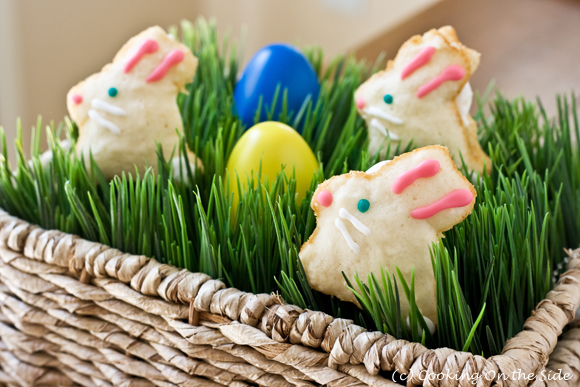