I was slicing and passing this Chocolate Pudding Pie at our friends’ beach rental when Stephanie re-appeared in the kitchen with an untouched plate: “Ed says he needs a bigger piece.”

Ever since 7th grade home ec, Chocolate Pudding Pie has been my very favorite kind of pie. Cool, rich, no-bake – the perfect summertime treat. I have to say, though, I make it way better today than I used to. The old storebought graham cracker crust is now a rustic homemade shell, dotted with chocolate sprinkles (a la Sprinkle Bakes) for fun. No more instant pudding filling – it’s now all about good old-fashioned homemade chocolate pudding, stirred on the stovetop. And the white fluffy stuff on top? Real whipped cream all the way.

As you know, on this blog I usually share the recipes I find on food packaging. This time around we’ll say I was inspired by the chocolate pudding pie recipe I found on a box of JELL-O instant pudding (I have an idea of who put that box in the pantry :-)). Same concept + homemade execution = amazing summer pie. 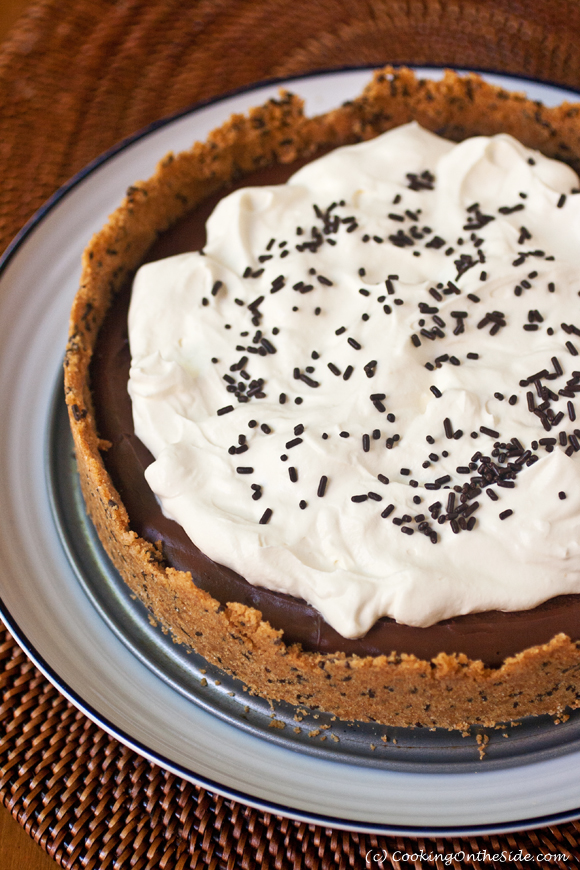